According to the U.S. Department of Health and Human Services, smoking is the leading cause of preventable disease and death in the United States. It accounts for almost half a million deaths each year, meaning that 1 in 5 deaths occurs because of smoking and its damage to the human body. Nevertheless, thousands of people continue to smoke despite the health hazards and numerous prevention programs.

People who smoke are twice as likely to have a heart attack and 30 times more likely to suffer from lung cancer, compared to non-smokers. However, anyone who has battled an addiction knows just how damn hard it is to quit. Well, hopefully, this imagery will make you reevaluate your lifestyle choices, all you smokers out there. 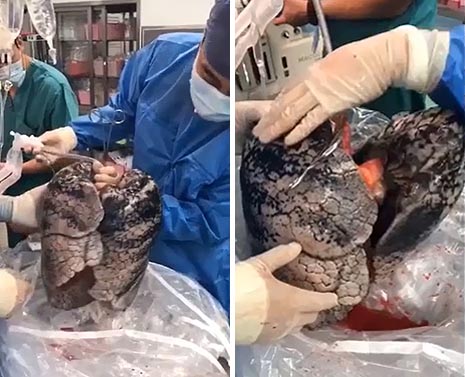 For comparison, healthy lungs should have a pink color, whereas these lungs seem extremely inflamed from years of tobacco residue clogging them up. The lungs belonged to a 52-year-old man who died because of multiple lung diseases. The video was captured by the surgeons and later posted with a caption ‘Do you still have the courage to smoke?’ The patient had signed up to donate his organs after death, but unfortunately, hospital staff quickly realized that they won’t be able to use them.

The man wanted to donate his organs, however, medics quickly realized that it won’t be possible 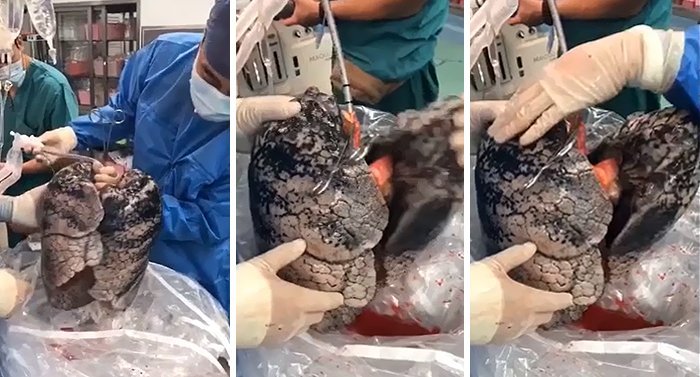 Dr. Chen, a lung transplant surgeon who led the operation, told the media: “The patient didn’t undergo a CT scan before his death. He was declared brain dead, and his lungs were donated shortly after that. Initial oxygenation index tests were okay, but when we harvested the organs, we realized we wouldn’t be able to use them.”

“Look at these lungs – do you still have the courage to smoke?”

“We Chinese love smoking. It would be impractical to say that we wouldn’t accept the lungs of all smokers, but there are strict standards. [We would accept] lungs from people under 60 years of age who have only recently died, minor infections in the lungs and relatively clean X-rays are also acceptable. If the above conditions are met, we would consider transplanting the lungs,” the surgeon added.

Here’s what people online had to say 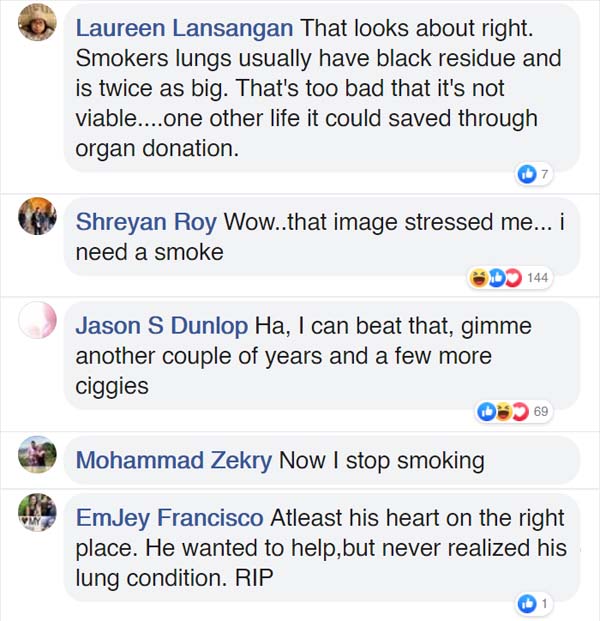 Quit smoking now! If you can’t or don’t want, at least use a cigarette tar filter!

The best solution to avoid this and keep your lung health is to stop smoking, but quitting smoking is not as easy as turning the palm of the hand, it takes a lot of discipline and high-level commitment. And there aren't many who fail or stop then smoking again.

If so, is there a solution to filter tar to prevent from entering the body for those of you who can't or won't stop smoking? You are indeed really very fortunate to read this article, in the modern year 2020, of course, it has been found a technology for you to smoke with the same taste without Tar! The product name is ANTITAR cigarette tar filter. 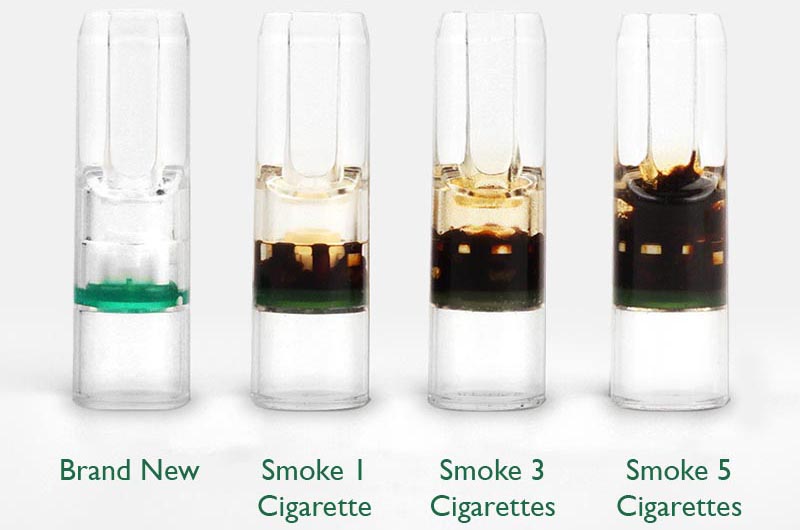 New:  Smoke purification technology eliminates smokers cough and excess tar build up in as little as three weeks WITHOUT reducing the number of cigarettes smoked per day.

ANTITAR ​is a 2nd generation cigarette tar filter from Singapore that has been proven to be able to filter the tar from 90% of cigarette smoke through the Venturi Principles technique and the latest technology. This principle works without removing nicotine or adding additives to filters or cigarette smoke.

This is the most perfect dream for millions of smokers! It's the new healthy way to smoke. Check it out!

Complete satisfaction or your money back

We won’t rest until every issue is resolved